Android Studio is now the officially supported IDE by Google for Android development. This program is based on the JetBrains family of IDE's, so if you've used IntelliJ, PyCharms, or RubyMine, you'll find the user experience very familiar. Fortunately, this IDE is essentially a form of the IntelliJ Community Edition and made free for Android developers. 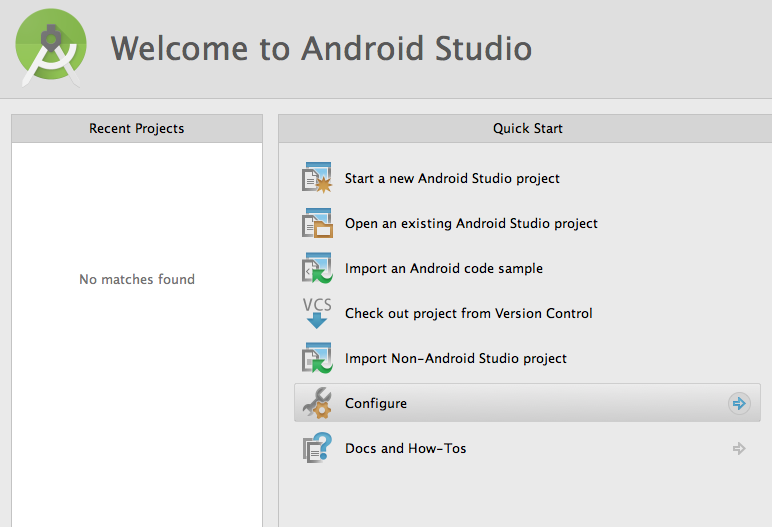 When you do the import, your Java and XML resource files are relocated to src/main/java and src/main/res respectively. Gradle looks explicitly in the src/main directory and can compile successfully but will fail to include your .class files if they are not located in these particular directories.

The plugin will also generate a build.gradle. An example of what the file format is shown in the Gradle cliffnotes.

When you make changes to the build.gradle, the changes should now be reflected in the IDE. You may have target SDK versions conflicts (i.e. Facebook SDK targets for API versions above 17), so you may need to resolve your Gradle configurations to be consistent.

Android Studio should update the build.gradle file if you try to add dependencies. Any .jar files in the libs/ directory are already incorporated at compile time. You can verify this fact by opening the Gradle file for the specific module you're using:

Also, you should be able to do the same with Maven dependencies. go to Project Structure -> Modules-> Dependencies. Click on + -> Library Dependency and add modules such as "com.loopj.android:android-async-http:1.4.6". Double-check the build.gradle file to see that this change was added.

Regardless, you should keep track of what gets changed in the build.gradle since that is ultimately the file Android Studio uses to handle dependency management.

If your library is configured as an Android library (i.e. Uses apply plugin: 'com.android.library' statement in its build.gradle file), an .aar will be created automatically when the project is built. It will show up in the build/outputs/aar directory in your module's directory. You can choose the "Android Library" type in File > New Module to create a new Android Library. See this stackoverflow post for how to import local android archives into a project.

See example gradle file. Next, in the application to load the library, change the build.gradle file:

and in the iml file near the bottom in the last <component>:

See the sample build.gradle and iml files for reference. That should be it, after syncing Gradle the library should be accessible.

Gradle wrapper allows you to seamlessly work with multiple projects that require different versions of Gradle.

Android Studio should normally handle creating the Gradle wrapper. If you are interested in how it works under the covers, read through Gradle cliffnotes.

It's possible to choose different keyboard shortcuts from common IDEs to continue to be productive in Android Studio. Go to Apple -> Search for 'shortcuts' -> Select Keymap -> Choose from drop down.